My Viral Blog Post Based On Neil Patel’s Strategy

Test one of your URLs and see if your images can be compressed any further...

Peter Nyiri was my protegee. Today, Peter and I are business partners in Mostly Blogging Academy.

After implementing a few simple strategies as outlined, I saw immediate sales, much to my astonishment. I found lots of little “aha” moments within the course and saw positive results once I implemented those tactics.

But before I tell you, I want to share some credits, as everything I learned on the subject of internet marketing came from a few people.

My First Start With The Internet

I started internet marketing around 2008, in the old spam Google days.

I already knew about long-tail keywords at that time. But I never used it until I I read Neil’s post…

“A butterfly flapping its wings a certain way in one location, could cause such a tiny, almost imperceptible change in the environment and yet that change when combined with other changes in the weather system could be indirectly responsible for a hurricane forming on the other side of the world.”

I read “Blogging With John Chow”.

Then I had to deal with other things in life and I didn’t continue.

I had over 100 e-books on internet marketing on my hard drive, and one time there was not enough space to update Windows 10 and I deleted them all, as I thought I would never need them again… I regretted it later.

I restarted internet marketing about 8 months ago. I realized with surprise that Google Pagerank didn’t exist any more, I had no idea about Google Panda and Penguin…

These are the key things I learned from him:

Then I was amazed by Matthew Woodward‘s blog.

He had an “SEO without link building” challenge, which fascinated me.

He got his traffic from going to forums, finding out what people need and answering their questions, doing away with the “fake advice” that is all over the internet. He built a top-100 blog without building one single link.

And I ran into NicheHacks, Stuart Walker.

I learned a lot from his website, it is filled with awesome actionable data.

I was completely amazed by his long-form posts that had a huge amount of golden nugget resources referenced in them.

He is extremely arrogant though, he simply banned me from his Facebook mastermind group when I shared the viral blog post there…

He’s probably never going to find out about this, but I am really grateful to him. 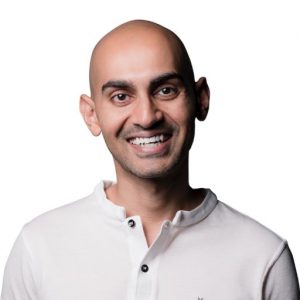 I learned the most from Neil Patel’s in-depth posts. That’s where I read about ranking on the first page of Google even if you are a nobody.

I did some more research and I started to use it on my own site. And I was starting to rank and get organic traffic.

Then I read another post he wrote on second tier link building. It’s basically linking to your post from another site, then building links to that remote post, e. g. by making that post go viral.

I combined the two and I got a really crazy idea.

What would happen if I used a long-tail keyword in a guest post and, because of the higher Domain Authority, rank it to the first page of Google? The guest post would get constant organic traffic and some may get referred to my site. And if the post went viral…It would attract backlinks.

Therefore I posted a challenge to get my guest post to the top of Google. I didn’t know what to expect, as Niel Patel was already ranking for a similar keyword, but I knew one thing: Even if I failed, it would create enough buzz and traffic and that alone would be worth it.

It took me about 5 hours to write the 2,500 word post. I read it through one time and I submitted it. I didn’t wait until i was ready, following Derek’s advice. And this is what happened:

Click here to see my viral blog post. It got over 1100 views in one week and it got shared 250 times.

My Results From Neil’s Strategy

I also used the long-tail strategy on my website.

These are the commissions I got in two months:

I will keep going. Thanks Neil! 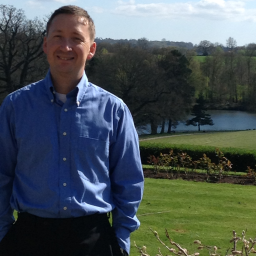